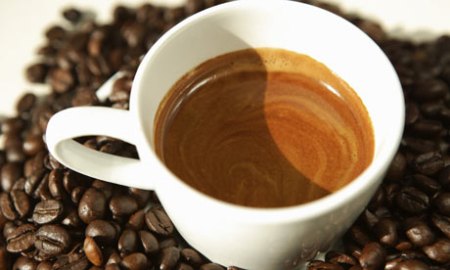 Saturday, while I was on my recumbent bike at the gym, I noticed an older, Hispanic gentleman get on a bike to my left. I was preoccupied, however, with reading Paulo Coelho’s new book, Manuscript from Accra and with listening to Gotye to pay him much attention.

When I was finished with my bike ride, I pulled out my headphones and I heard him say, “I’d like to meet you.” He seemed nice enough and we chatted for a while, then he asked me out for coffee on Sunday.

Since life has changed so much for me in the past couple of years and I know that life is short and opportunities should be taken (ask, “why not?”), I decided to give him a shot and told him I would meet him for coffee.

Coffee dates are casual, non-commital meetings that involve coffee and talking. This scenario is what I was expecting from the man who shall be forever known as G the Autobahn-Speed Dater.

I get to the coffee shop and he arrived a few minutes later. He walks in and grabs both my hands. He’s Latino, so I figured he was going to kiss me on the cheek, but I was wrong. He kissed me then continued to hold one of my hands as we walked toward the counter.

He tried to kiss me again, and I held up a finger. “Down boy.”

Apparently he misread the, “Oh hell no you didn’t,” look on my face the first time.

We got our coffee and sat down. He kept calling me baby and he kept telling me how beautiful I was and how we needed to be together. He also kept holding my hand, which began to irritate me the more he revealed his plan for the rest of my life.

He began by telling me he was a good Christian man, which he “proved” by showing me the Bible app on his phone. He tried to reinforce this notion by telling me he attends a particular Baptist church nearby (though not the one I worked at for several years).

I finally wrested my hand away after he first asked me if I had or could have kids and then happily told me it was good that I couldn’t have children anymore so we wouldn’t have to worry about babies.

By the way, I was wearing yoga pants and a t-shirt at the gym. I was not scantily dressed or giving off the “wrong” signals. I was exercising, reading and sweating. I gave this man no indication that his notion of a “relationship” was what I wanted. He asked me for coffee. COFFEE.

Apparently coffee must mean something entirely different in Panama.

I stared him down. I was trying not to laugh because the situation was completely ridiculous. He was so desperate, and he threw God’s name in the conversation as much as he could. I had not told him I was a Christ follower, but I was sort of glad he could tell. I was, however, I was mad as hell he was trying to manipulate me by saying he was a, “nice, Christian man,” several times. (I know what nice, Christian men look like, which was unfortunate for him).

I was still smiling, though. I couldn’t help it. He was so desperate for me to say yes to this relationship proposal, and was so certain that saying yes to coffee meant I would, that he was completely shocked when I said, “you are ready to dive into the deep end and I am just here to put a toe in the water. And by the way, the TOE is all you’re getting.”

I tried to be nice about it, but he was getting irritated. He kept reminding me that I said yes when he asked me out to coffee.

“G, you asked me out for coffee, and I don’t know what that means to you, but in America, it means coffee. Conversation. Maybe a hug or a handshake at the end. If things go well, you move forward, if not, like right now, this is probably the last time you see each other.”

His nice, Christian man attitude deteriorated from there.

Fifteen minutes had passed since I’d gotten out of my car. He very curtly stated that we shouldn’t waste each other’s time and we should leave. I stood up and before my feet hit the ground, he had thrown his full cup of coffee away and started back toward me.

He kissed me again. I let him live because it wasn’t bad. Then he stomped off to his car screaming expletives (such a nice, Christian man) and then he left.

I let Megan know right away that I had a funny story to tell her, while texting my BFF in California and my “little sister” Laura know the results of the speed dating coffee date.

With apologies to G, I’m not in that big of a hurry. I’m looking for a real Christian man, not a pretender who thinks all a Christian woman is looking for is someone who has mislabeled himself and will give her an instant relationship, instant security.

Any real men who know what a coffee date is, feel free to contact me. All speed-daters, desperados and pretenders, stay away.

By the way, my cup of coffee lasted longer than the date did. I may have set some sort of record.