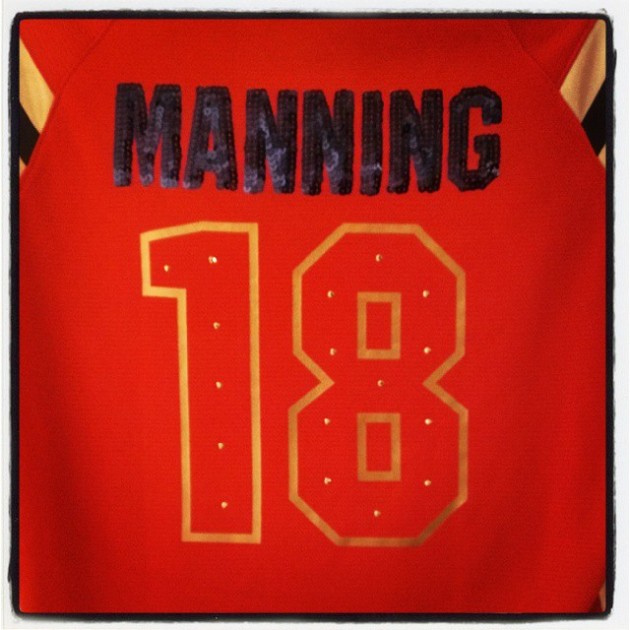 …as a Denver Bronco.

I have been a fan of Peyton’s since he lit up Rockytop at the University of Tennessee. He has charisma, star-power, and humility, and the best football brain I’ve ever seen and the arm to back it up.

When Jim Irsay gave Peyton his walking papers a couple years ago, I was heartbroken. I was a Colts fan since they came to Indianapolis, but even more so a Peyton Manning fan. I couldn’t imagine Peyton in another uniform, let alone doing so well in another uniform.

I am thrilled, however, to see Peyton doing so well this year, in fact, he’s having one of his best seasons. No slight to Andrew Luck (who is filling Peyton’s considerable shoes better than anyone thought), but I would have loved to have seen Peyton Manning retire in Colts’ blue.

I’m hoping that within the next three years, Peyton wins another Super Bowl and can hold that trophy high and dedicate it to John Elway while telling Mr. Irsay to kiss his Bronco butt. No, I’m not bitter.

Regardless of the outcome, I will wear the orange #18 with pride!